Thinking of Going to the Middle East? – The story of Faustina Tay has been ignored in most global news networks except Al-Jazeera.  It was also interesting to observe that major news platforms in Africa did not cover the tragic events surrounding Faustina Tay.  But, the question is, why is this the case? Could it be that we have become desensitised to the extent that the death of one of our own could be ignored? Or, could it be that certain lives matter more than others?

Many young people across the world and in Africa in particular, imagine a better life for themselves and their families. Tay was not an exception.  However, she fell victim to the often unregulated, and unscrupulous promises of recruitment agencies who run amok in many African countries, in their quest for a quick buck.

Tay was from Ghana’s capital city Accra, where she operated a small business.  That was before an agency contacted her with a job offer as a domestic worker, through a visa known as Kafala. Tay was assigned to the Dia family and arrived in Lebanon on May 5th 2019.

The Kafala is an exploitative system, which is used to control migrant workers especially people working in the construction and domestic sectors. The Kafala system is popular in the Gulf Cooperation Council member states and other neighbouring countries.  These include Bahrain, Jordan, Kuwait, Lebanon, Qatar, Oman, Saudi Arabia, and the United Arab Emirates.  Although the practice has been condemned by human rights organisations, these countries have ignored the call to end what can be characterised as modern day slavery.  Workers under the Kafala system can only terminate their contract with the explicit consent of their employer, or face the threat of jail. It is within this context that Tay arrived in Lebanon.

After many months of abuse, Tay managed to send a distress message to a local activist organisation on March 13, with the hope of being rescued from the hands of her abusers.  Her last text reads: “God please help me”. However, help never arrived, and about 18 hours later, she was discovered dead. Her body was found between 3:00 and 4:00am in a car park beneath her employers’ four-storey home in Beirut’s southern suburbs.

Strangely, the doctor who examined her body concluded that the case was a suicide on the grounds that there were no signs of physical assault. The doctor further explained that her death was caused by “falling from a high place and crashing into a solid body”. Her employers denied ever laying their hands on her, even though the consecutive messages of distress she sent before her death tells a different story. So, now the case is closed, Tay’s life is lost and we are all just supposed to move on.

This is not an isolated story.  In fact Human Rights Watch reports that for each week in 2014, at least two domestic workers died in Lebanon.  The organisation also notes that in 2017, bodies of 138 migrant workers were repatriated from Lebanon.  This captures the severity of the status quo in the Middle East. Interestingly, irrespective of all these atrocious statistics, Ethiopia is the only African country that has passed legislations forbidding their citizens from working in these countries.

The questions, therefore, that these lived realities engender are: who is responsible for ensuring the security of travellers? Is it the worker themselves who should investigate the countries before they go? Is it the host countries that must be held accountable? Is it the countries of origin that must find means and ways to protect their citizens? Or is it the recruitment agencies?  All these key questions emerge from our desire to know whether these tragedies could have been prevented.

In my view, the answers lie in the fact that our continent is unable to take care of its inhabitants. Had Tay been given all the opportunities to make a living in Ghana, she would be alive today.

Young people in Africa are sending desperate messages to their leaders on the daily basis. They are drowning in the waters and burning in fires. They are being asphyxiated, feeling the air leave their lungs slowly as they seek for space under the sun, leading to conclusion that due to the amount of melanin on their skin, the earth doesn’t belong to them.

So, thinking about going to the Middle-East? Think again…and then a bit more. 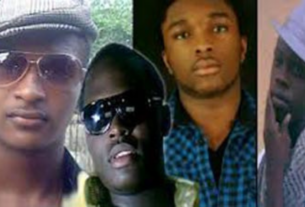 Remembering The Aluu 4: Ten Years After 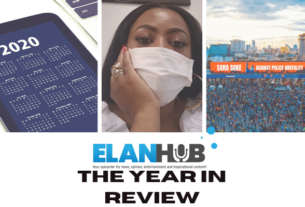 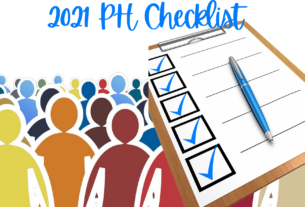 #NewYear: 7 Things Port Harcourt Residents Think They Need To Do in 2021