Nigeria Rapper and Zanku crooner, Zlatan Ibile has revealed what legendary Nollywood actress, Funke Akindele once told him. He said the actress once warned him against associating with  controversial Singer Naira Marley.

The Zanku crooner made the revelation on his Instagram Page Today, Thursday. He said the singer warned him to stay away from Naira Marley because for the good of his brand. Naira Marley is famed for using vulgar lyrics in his songs.

Zlatan went ahead to mock the actress over her arrest by the Lagos state government after she hosted her husband’s birthday party, against the government’s directive. The party which was attended by friends and celebrities including Naira Marley during the lock-down broke the government’s social distancing rules.

The statement by the singer has shocked few industry watchers as according to them, they never knew there was a cold war between both celebrities.

Huspuppi To Spend 20 Years In Prison, If Convicted 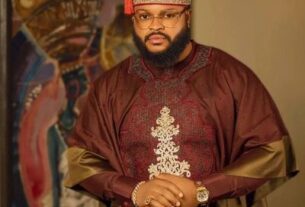 I Once Packed Faeces To Raise Money To Feed – Whitemoney