Stakeholders in Rivers State have lamented the neglect of other LGAs in the state by the government while over concentrating on PHALGA and Obio-Akpor in terms of infrastructural development.

A concerned Rivers Indigene on Twitter, decried the neglect of yet to be completed general hospitals across the state, while the construction of  three flyovers is ongoing simultaneously in Port Harcourt. The governor has since announced the construction of a fourth, few days ago.

The tweeter specifically mentioned the Okehi General Hospital in Etche LGA, stating that the sum of N500 million, if judiciously used will complete the hospital. He called on the two members of the House of Assembly representing Etche, and the Chairman of Etche LGA to lend their voices towards ensuring the completion of the hospital.

Another Rivers resident, advised that if the same energy the government puts in developing Port Harcourt is put in the development of other parts of the state, then the state will generate revenue not just from oil and gas but tourism, hospitality etc… “We need to do more as a state and stop being tribalistic,” he asserted. 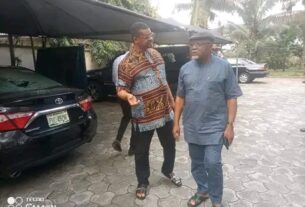 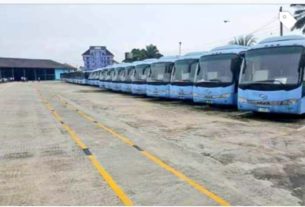 Umahi vs Wike: “Accept The Challenge, Let Us Know Who Is Packing Money” – Enefaa To Wike