The family of late Uwaila Omozuwa the 22 year old UNIBEN student that was alleged to have been gruesomely raped and murdered at a church in Benin, has announced that they are now receiving death threats by unknown persons.

Joseph Omozuwa, father of the deceased made this known to journalists yesterday in his apartment. Mr. Joseph, stated that he received threat calls through his friend from an unknown caller.

The  father of the deceased who wants justice served on the matter, called on the police to protect the lives of members of his family. He urged the relevant authorities to ensure the killers of his daughter are brought to book

Meanwhile, the Edo Police Command has also assured the family and members of the public that the killers of the UNIBEN undergraduate will be arrested and prosecuted accordingly. The federal and state governments have equally ordered full investigation into the matter, which have sparked protests in some parts of the country. 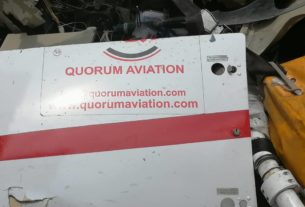