The Rivers State COVID-19 Taskforce in Rumuigbo has intercepted a trailer carrying building materials and humans into the state on Wednesday.

Chairman of Obio-Akpor Local Government Area, Abel Solomon Eke who confirmed the incident at the scene urged residents to always call on the relevant authorities when they notice such an act. He advised them to remain vigilant and be security conscious.  The taskforce officials were aided by the collective effort of NYCN, Ijaw Youths and residents of the area.

The Chairman equally commended members of the taskforce and all those involved in the interception of the trailer, for a job well done. He urged members of the community to continue supporting the Governor’s efforts in curbing the spread of the pandemic in the state.

The defaulters who had a fake pass document which had the governor’s signature claimed that they paid six thousand naira to gain entry into the state. This was after much interrogation by members of the taskforce. 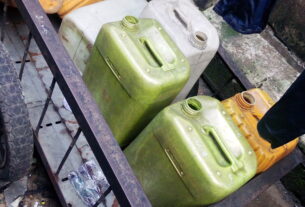 Illegal Oil Refiners Should Be Charged As Terrorists – Chidi Lloyd 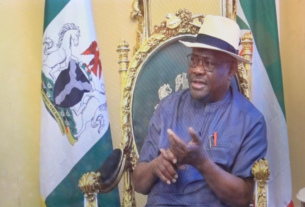