The Rivers State Government has warned residents playing football and engaging in other forms of physical exercise on the streets of Obio Akpor and PHALGA, to desist from the act.

The state Commissioner for Information and communications, Hon. Paulinus Nsirim made this known in a statement in Port Harcourt yesterday.

Nsirim advised parents and guardians not to allow their wards engage in such an act. It is a violation of the state government’s directives on social distancing and ban on public gatherings in the state, he noted.

The Commissioner who said this is the last warning to residents, stated that security agencies have been ordered to arrest all those engaging in street football and other physical exercises. Defaulters will be prosecuted in accordance with the laws of the land, he asserted.

He also urged the people to obey government directives geared towards curbing the spread of the COVID-19 in the state.

Friend Involved in Tolulope’s Death Has No Driver’s License 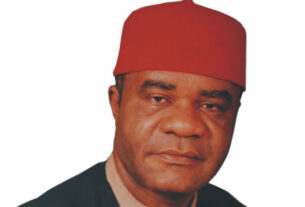