A Magistrate court sitting in Port Harcourt has convicted 12 persons for violating the executive order issued by the Rivers State Government few weeks ago.

The convicted persons were arrested for illegally engaging in street trading at Rukpokwu axis in Obio-Akpor Local Government Area of the state.

The suspects who pleaded guilty to the charges, were given an option of a N15000 fine each. This was after a plea from their lawyers.

Magistrate V. E. Nweke also convicted 10 passengers who were arrested while entering the state from Anambra. They were equally given an option of a fine of N15000 each. The Magistrate ruled that the vehicle which conveyed them into the state be confisticated.

The case was prosecuted by Office of the Attorney General of the State.

Recall that the state governor had earlier ordered the closure of all businesses and restriction of movement into the state owing to COVID-19. 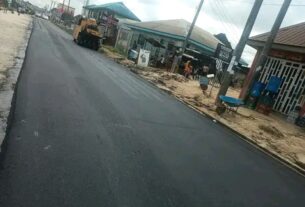