The Deputy Governor of Rivers State, Dr. Ipalibo Harry-Banigo has  announced that there is a sinister motive by critics of the government to destroy her cordial relationship with the Executive Governor of the State, Barr. Ezebunwo Nyesom Wike.

In a statement made available to journalists by the Deputy Governor’s  Press Officer, Owupele Benebo, Dr. Banigo, asked critics to stop causing dissatisfaction between her and the state Governor.

She stated that there is no iota of truth in the ongoing rumuor by a group that the governor is sidelining her as regards COVID-19 measures taken by the state or any programme or policy.

Ibanigo warned rumour mongers to stop distracting the government with the false claims. The claim is a mere figment of the imagination of the group, she noted.

A group called Centre for Public Trust, had issued an earlier statement titled ‘COVID-19: Stop sidelining your deputy, she’s a Public Health Professional”. They claimed that the governor was sidelining his deputy in the fight against the COVID-19. The group also alleged that Gov. Wike is jealous of his deputy hence his failure to include her in the fight against the virus in state, despite the fact that she is a medical doctor.

The deputy governor in the statement said it is laughable that the group could insinuate such a thing. She urged them to desist from the act as there is no such thing. I have a cordial, robust working relationship with the gender friendly governor, she asserted. 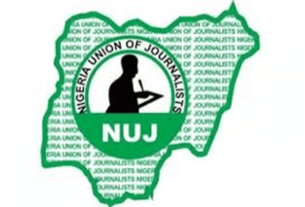 RIVERS APC CRISES: Amaechi Had Since 2015, Tried To Appease Abe But… – Eze Chukwuemeka