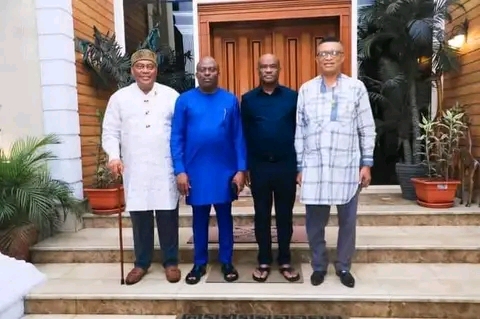 There are unconfirmed reports that Spokesperson of the All Progressives Congress in Rivers State, Chris Fine has dumped the party for the Peoples Democratic Party, PDP.

This was after Finebone, Gov, Nyesom Wike and Governorship candidate of the PDP, SIM Fubara were seen in a viral photo.

Finebone, a known critic of Gov. Wike and the PDP,, was quoted to have said that “Fubara is his brother” and that he needs to support him.

Efforts to reach Chris Finebone and leadership of the APC in Rivers State to confirm the incident have not been successful.