Reports that flags of the People’s Democratic Party at the Rivers State Government House have been removed on orders of Governor, Nyesom Wike have been described as “fake News” by officials of the state government.

Independent.ng reports that multiple sources at the Government House dismissed the report, adding that flags of the party are still intact inside and outside the premises.

It stated that one of the sources described the report as “outright falsehood from the lowest part of hell”, and urged those spreading such falsehood to desist from it.

“We in Rivers State are used to such unfounded rumours. Remember there was a time they even peddled that Governor Wike had left for the APC immediately after the PDP presidential primaries. People should be wary of what they put out in the public because we are in a very sensitive political season as we begin countdown for the 2023 elections”, the source said.

Multiple sources had reported that Gov. Wike ordered his Chief of Staff to ensure the removal of flags of the PDP from the Brick House. 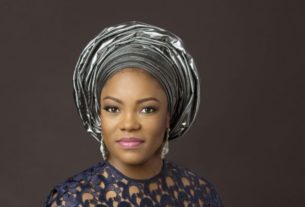