The Inspector-General of Police, Mohammed Adamu has ordered a probe into the allegations of rape levelled against International Music Star, Oladapo Oyebanjo aka D’Banj.

The Music star was accused of rape by one Miss Seyitan Temidayo. She had called out the music star for rape on her social media platform, few days ago.

The singer responded by allegedly arresting the lady and demanded a N100 million from her for defamation of character or face lawsuit. The Lady later withdrew the statement and dropped the case against the singer. Prompting reactions from some Nigerians who slammed him for intimidating the lady to withdraw the case.

The IGPs message was contained in a letter with reference number CB.7000/IGP.SEC/ABJ/VOl.484/801 signed by the Principal Staff Officer to the IG, DCP Idowu Owohunwa. The letter was addressed to the Deputy Inspector-General of Police, Force Criminal Investigation Department, Area 10, Garki, Abuja. 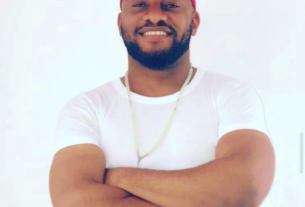 Registration of Boreholes In Rivers State, A Waste of Time – KO BABA