The Cable News Network (CNN) has condemned the arrest of its crew who were actively covering protests over the murder of George Floyd in Minneapolis. The CNN staff, including a black man, were arrested while giving a live TV report.

George Floyd was pronounced dead after an altercation with four White Police Officers. One of the officers knelt on his neck, cutting off oxygen and blood supply to Floyd’s body. Although Floyd begged him to release the pressure on his neck, the officer failed to heed the call, resulting in Floyd’s death. The act, which has been condemned by persons across the globe has seen series of protests across the state.

Police arrested the CNN reporter after he was asked to move his filming position. The reporter, however, asked the police officers to suggest a suitable ground for his crew to carry out their function. The black reporter and his crew were arrested, while a white reporter that was in the same location was not.

CNN has said the arrest of their staff while on duty was a clear violation of their first amendment rights. The act which has been termed a human rights abuse has been condemned globally 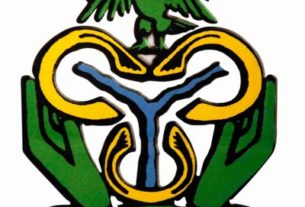 COVID-19 Loans: We Have Disbursed N400 Billion To Nigerians