Governor of Edo state, Godwin Obaseki has taken a swipe at the National chairman of the All Progressives Congress (APC), stating that he is afraid of educated people because “he did not go to school” and has nothing to offer.

Obaseki who is having a running battle with Oshiomhole made this known while speaking with State House correspondents on Tuesday.

The governor who was recently disqualified from contesting the APC Governorship primaries in Edo state accused Oshiomhole of high-handedness. He said “You are afraid of people who are educated because you didn’t go to school. “You are afraid of people who have something to offer because all you know how to offer is brigandage, crisis” Obaseki asserted.

He described Oshiomhole as a man without character and sense of justice, while stating that the national chairman was just looking for an excuse to carry out his wish.

He furthermore alleged that  Oshiomhole has been given  authority without checks, adding that such action would put the ruling party in danger, in the state and at the national level 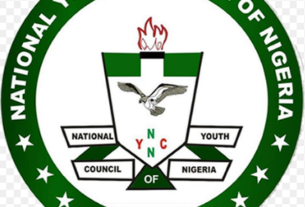 AMB. CHIJIOKE IHUNWO CONDEMNS ATTACK ON SECURITY OFFICERS AT IKWERRE LGA; CALLS ON RIVERS YOUTHS TO BE ON RED ALERT 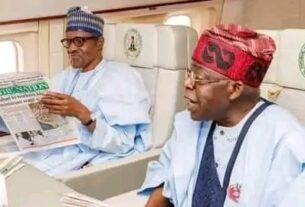 BUHARI IS NOT AN INGRATE, HE SUPPORTS ASIWAJU 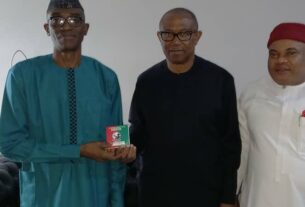