The manager of demolished Prodest Hotel,  Dr. Bariledum Azoroh has yesterday rejected his COVID-19 test result, which came out positive.

The test which was conducted by the state government came out positive after Azoroh’s samples were collected for testing. The state Commissioner for Information  and Communication, Hon. Paulinus Nsirim had in a statement yesterday confirmed that the manager tested positive to the virus. Nsirim equally confirmed 27 new cases of the COVID-19, in the state, which includes that of the manager.

The manager who has being isolated at the state isolation centre, called on the NCDC, to carry out another test on him. Dr. Bariledum challenged the authenticity of the result as he suspects foul play.

Meanwhile the owner of the hotel demolished Prodest hotel, Gogobari Kingsley has said that he doesn’t believe the result by the state government.  He alleged that some unidentified persons tried to inject the manager yesterday, after they claimed he has tested positive for the COVID-19. The owner made this known to journalists yesterday. 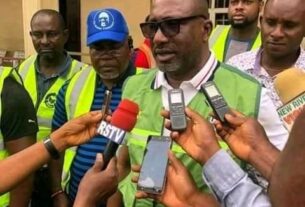 Rivers 2023: Obuah Is The Only One That Can Succeed Wike – CONI 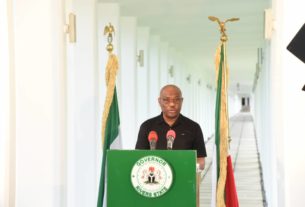 RVSG to establish a task force to man its borders, employ 3000 sanitation marshals