A couple in the Diobu axis of Port Harcourt on Thursday, engaged in what could be described as a public show of shame as they fought over the wife’s refusal to satisfy the husband’s sexual desires. A fight which resulted in the husband injuring the wife badly by almost biting off one of her fingers.

According to an eyewitness the fight started in their apartment and the drew the attention of neighbours to the scene who then tried to prevent the couple from exchanging blows. The eyewitness said the husband one Mr. Moses explained angrily that the wife, Rose has been denying him sex for no just cause.

The husband a trader who has been at home for a long time now due to the closure of markets in the state said the wife has been denying him sex because he has been unable to meet the financial demands of the family.

Rose on her part reportedly admitted the allegation according to the eyewitness. He said the wife explained that the husband sits at home all day and waits for her to struggle to feed the family and still demands sex excessively. Since the lockdown, I have not rested from my husband’s frequent sex demands on an empty stomach, she narrated.

She noted that she is tired because all the husband wants is sex despite the fact that they have three children to take care of. The wife asserted  that even though it is true that the markets are closed, the husband still needs to go out and look for alternative ways to make money for the family upkeep. 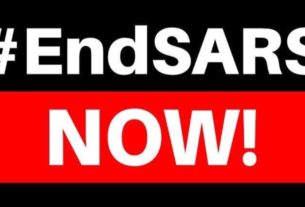