The Court of Appeal, Abuja has affirmed the decision of an Abuja High Court which had in early March ordered the suspension of Oshiomhole as APC National Chairman.

In a judgment delivered by Justice Mohammed Lamido, the three-man panel dismissed Oshiomhole’s appeal for lacking merit. Oshiomhole had approached the court after an Abuja High court ordered his suspension as National Chairman of the ruling APC.

The court in its ruling withdrew his rights and privileges as national chairman of the party including his security details.

The court further held that the suspension of Oshiomhole from Ward 10 of Etsako Local Government Area of Edo State was ratified at the ward, local government, and state level as required by law. 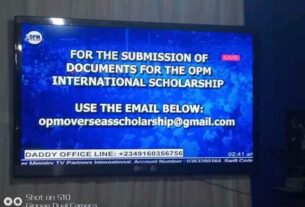