Former chairman of the All Progressives Congress (APC), Adams Oshiomhole has called on Victor Giadom not to divide the party and stop causing confusion. This is following Giadom’s declaration of himself as the party’s National Chairman yesterday.

Oshiomhole made this known in an interview on Channels Television’s Politics on Wednesday June 17, stating that only the Deputy National Chairman of the party can take over his seat.

He noted that everybody knows that the party ought to resolve issues in line with the party’s rule. “How can a deputy national secretary, assuming he was still one, claim to be the chairman?” he queried.

Victor Giadom had declared himself Chairman of the party claiming that a court had earlier ruled in his favour to takeover from Oshiomhole, who was earlier suspended as the party’s Chairman by the courts. 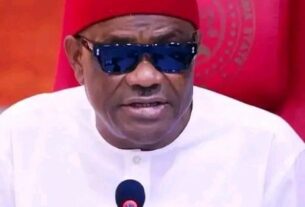 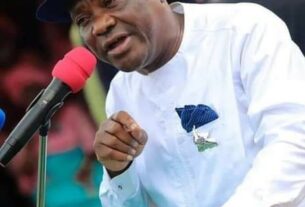