Governor Nyesom Wike of Rivers state has stated that embattled Godwin Obaseki was disqualified by someone who has no certificate, in what seems like an attack on Adams Oshiomole.

The Governor made this known on his Twitter handle yesterday, after his Edo state counterpart  paid him a courtesy visit at Government House on Sunday. Obaseki was disqualified from contesting the APC governorship primaries by the party’s screening committee. Report has it that his visit, may not be unconnected with the fact that he wants to dump the party for the PDP.

Gov. Wike who equally spoke with reporters on Monday at  Government House Port-Harcourt, said, “Yes, he came to see me yesterday; both of us are South-south governors. We sat down and discussed issues, seek opinions and compared notes.” I would be glad if Obaseki, joins the PDP, Wike asserted.

He furthermore, warned the ruling party not to use the Police and Security to manipulate the Edo election, stressing that it could lead to civil unrest and disobedience.

Medical And Dental Council of Nigeria, To Visit RSU Next Month – Mgt 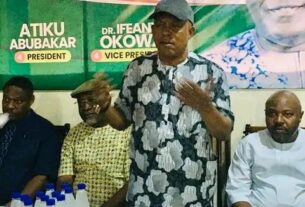 Secondus Storms Rivers, Says Atiku Is The Only Candidate With Pedigree To Save Nigeria