The University of Port Harcourt has announced that the two males out of the three persons murdered by suspected cultists in a forest in Eleme Local Government Area of Rivers State were not students of the institution.

Wodi, who condemned the gruesome murder of Joy and the two males said the institution has been thrown into mourning following the death of Joy.

Joy and two other males were kidnapped and murdered by suspected kidnappers few weeks ago. The decomposing corpse of the students were exhumed few days ago by police officers of the anti-kidnapping unit. This was following the arrest of one of the suspected kidnappers. 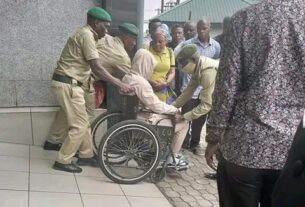