The All Progressives Congress in Rivers State says it will appeal the ruling of a Federal High Court which disqualified Tonye Cole as governorship candidate of the party.

Counsel to the APC, Collins Dike made this known after the court ruling Today.

Justice E. A Obile of the Federal High Court sitting in Port Harcourt Today disqualified Tonye Cole as Governorship candidate of the All Progressives Congress.

Justice Obile disqualified Tonye Cole on grounds of dual citizenship for voluntarily acquiring citizenship of United Kingdom and declaration of allegiance to same country, not being duly nominated by his political party and noncompliance with provisions of the Electoral Act.

Cole was also disqualified on grounds that the primaries conducted by the All Progressives Congress violated sections of the electoral act and not monitored by INEC.

Speaking to journalists shortly after the court sitting, counsel to the PDP Dike Udenna said by the ruling INEC would not field Tonye Cole as candidate of the APC in the 2023 elections. 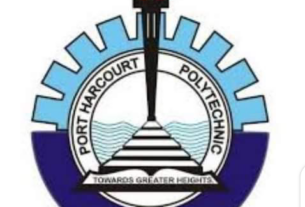