Report has it that a strange illness has claimed at least 11 lives in the past two weeks in Bonny Island, Rivers State. Officials of the National Center for Disease Control (NCDC) are set to storm the Island, to  collect samples for suspected Covid-19 cases.

A respected group in the Island confirmed the development to journalists on Saturday in an independent investigation into the strange deaths. This also follows complaints of loss of sense of smell and taste among a number of patients undergoing medical attention in various health facilities in the nation’s oil and gas hub.

The illness which is strange has thrown residents into panic and fear as they suspect that it could be COVID-19. The loss of sense of smell and taste are strong symptoms of the dreaded coronavirus, according to health experts. Though some of these persons have been taking anti-malaria drugs for days now, they still have not recovered, according to a source.

Chairman of Bonny Local Government Area, David Irimangha has denied the report that the deaths are COVID-19 related. He said the victims died of malaria and typhoid fever, which is not strange to the people. Though he said efforts are being made to identify and visit the families of the victims to hear from them. He called on Bonny residents not to panic as everything is under control.

Meanwhile, there are complaints by so many residents of Port Harcourt as regards the loss of sense of smell and taste. This has caused panic and fear as some believe it could be COVID-19, since they are strong symptoms of the virus. 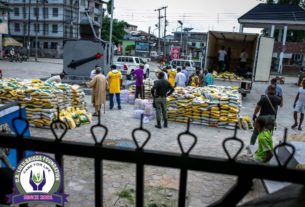 Woman Dies While Trying To Receive Palliatives in Rivers 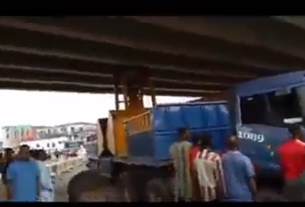 Ikokwu Flyover: Tractor Hangs While Trying To Cross Under