Governor Ezebunwo Nyesom Wike of Rivers State has said that plans have been concluded for the distribution of food items to residents of the state.

The governor said this to journalists after inspecting the food bank which is being set in place to cushion the effect of measures taken against the spread of COVID-19.

Wike stated the food palliatives will be distributed to the less privileged in all the 23 local government areas in the state.  Food items to be distributed include Garri, Rice, Beans, Yam, Noodles, Salt and Palm oil.

The Governor who was accompanied by Service Commanders who are members of the State Task Force on Enforcement of the Ban on Public and Religious Gatherings, warned those politicising the fight against Coronavirus in the state, to desist from the act.

On the state government’s preparedness to fight the Covid-19, Wike said, “For now, we are not hundred percent ready, but we are about 90 percent ready. Luckily for us, we have no serious cases”.

Earlier in the day, Governor Wike, led the state taskforce to monitor compliance with his directives by churches.

“We are happy with the level of compliance that we have seen throughout Obio/Akpor and Port Harcourt Local Government Areas. The churches complied.” He echoed.

Catholic Institute of West Africa, Rumuibekwe, Omega Power Ministries, OPM, Saint Patrick’s Anglican Church, Rukpokwu and Our Lady of the Holy Rosary Chaplaincy, were among the churches the taskforce monitored.

He reminded the people of the state that he had earlier visited the isolation/treatment centre under construction in Port Harcourt.  He assured residents that the centre would be ready in the next four days.

Wike later commended the churches for obeying his directives, while calling on the people of the state to support his administration in the fight against the spread of Coronavirus. 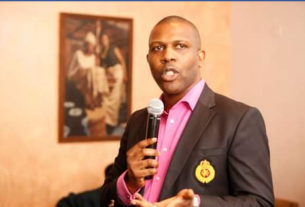 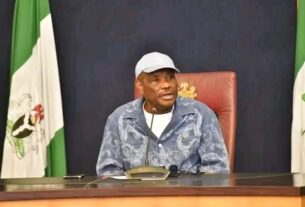 I Love And Enjoy Sex, 12-year-old Tells Court in Rivers