Residents of Mile 3 in Diobu, Port Harcourt took to the streets today in protests over armed robbery attacks at their resident this morning. The bandits who were fully armed, robbed residents and motorists of their valuables and monies this morning.

According to sources, the robbers carried out the attacks in retaliation of one of their members who was allegedly killed in the area by a rival cult group at Bishop Okoye street in Mile 3. They said the robbers stormed the area in a Toyota car and opened fire on an unidentified man before he drove off.

The sources noted that the area has witnessed so many cult clashes by rival groups in the past few days leading to the death of over 3 of the cultists. This is as the groups allegedly battle for supremacy in order to determine who controles the area, which houses a large market and so many businesses.

Spokesperson of the Rivers State Police Command, Nnamdi Omoni confirmed the robbery incident to Journalists in Port Harcourt today. He said details are not available yet, as he promises to get back to them once he gets full details of the incident.

RSU: Interview For Recruitment Of Staff To Begin Soon – VC 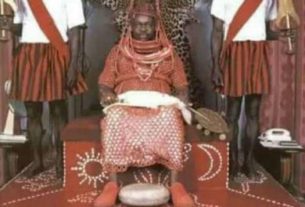 Wife of Rivers Lecturer Accuses Him Of Physical Assault