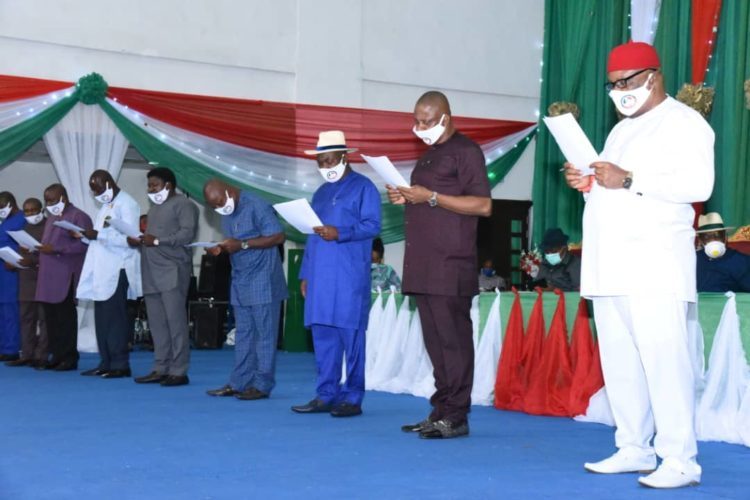 The Rivers Chapter of the People’s Democratic Party has inaugurated its newly elected state executives.

The newly elected Chairman Amb. Desmond Akawor and other executives were inaugurated today May 13, 2020.

The event which took place in Port Harcourt, saw the Speaker of the State House of Assembly, Hon. Ikuinyi Ibani administer oath of office to them. The event, which was attended by the national chairman of the party, Prince Uche Secondus, out going state chairman, Felix Obuah and others was strictly by invitation. This was due to the COVID-19, on the state.

Akawor who thanked stakeholders of the party for electing him, commended Gov. Wile for his achievements in the state so far. He called for unity and support to move the party forward.

Wike in his remarks defended his actions in curbing the spread of the virus in the state, as he called on residents to obey government’s directives.

On his part, national chairman of the party, Uche Secondus, blasted the Federal government for not supporting the state in the fight. He also commended Wike for his efforts in curbing the spread of the virus, in the state.

Rivers APC: Over 30 Bigwigs Have Left The Party

Our Youths Are Some of the Smartest in the World – Wike 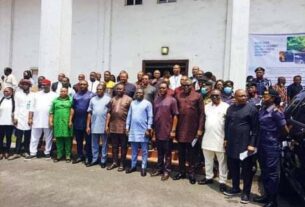