The Rivers State Police command has killed a notorious kidnapper and gang leader Samuel Naakpo, who allegedly terrorises travellers along the East-West road axis of Ogoni-Uyo.

Spokesperson of the Command, DSP Nnamdi Omoni said the suspect was killed yesterday, while trying to escape from a raid on Naakpo’s hideout inside a forest in Ogu-Bolo Local Government Area of the state. He stated that detectives of the Anti-Kidnapping Unit attached to Operation Sting of the Command who acted on an intelligence they received carried out the operation.

Naakpo has been terrorizing the area with his men, kidnapping and robbing travellers of their valuables. He has been on the wanted list of the Police for a long time now, Omoni stated.

According to him, one GMP No. NN 07150, two G-3 rifles and other ammunitions from were recovered from the kidnappers.

Nnamdi Omoni, affirmed that the command will not stop in its effort to rid the state of criminal elements like Naakpo, to ensure security of lives and properties. He, therefore, commended the officers for a job well done

The Police Spokesperson pleaded with members of the public to keep supporting the security agencies with credible information, which will help in the fight against insecurity in the state. 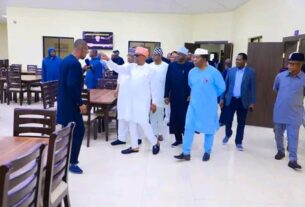