Mrs. Funke Olakunrin was brutally murdered by the suspects on the 13th of July 2019, between Kajola and Ore road in Ondo state.

Spokesperson of the force, Frank Mba in a chat with journalists in Lagos,on yesterday, said the 8-man gang was arrested after months of continuous investigation and man-hunt. The Inspector General of Police had earlier deployed CP Fimitan Adeoye, in charge of Federal SARS  and special forces to investigate, arrest and bring the suspects to book.

The arrest of the suspects was made possible, after the police apprehended some armed robbers on the 4th of March 2020 in Ogun state. After forensic investigation, the police found enough evidence linking the suspects to the murder of Mrs Funke.

Meanwhile, Frank Mba confirmed that four other suspects are still on the run, but assured that they must be apprehended and brought to justice

The 8-man armed robbery syndicate with operational base in the south-west are responsible for armed robbery attacks in the region, Mba stated

LISTEN: Alleged Audio of Apkabio Planning the Bombing of Pipelines – How Authentic? 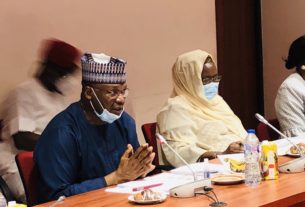 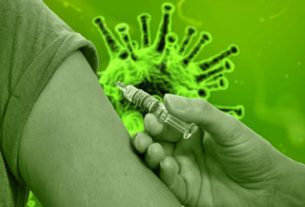 States With Higher COVID-19 Cases, To Get More Vaccine – FG