Orji Uzor Kalu had been convicted for allegedly stealing N7.1bn while he was governor alongside his firm, Slok Nigeria Limited. He was already serving a 12 year jail term before the supreme court faulted the ruling of the High court, which had convicted him earlier. The Supreme Court in its ruling, voided the earlier judgment and ordered for a new trial, though Kalu had been in prison since then.

Orji Kalu was sentenced by Justice Mohammed Idris on Dec . 5, 2019, to 12 years imprisonment while his co- defendant, Jonnes Udeogo had bagged a 10 years jail term. Kalu had hired a 12 man team of lawyers including six Senior Advocates of Nigeria ( SAN), to prosecute his freedom bid.

The Supreme court in a unanimous decision by a seven-man panel of justices led by Justice Amina Augie, held that the Federal High Court in Lagos acted without jurisdiction when it convicted Orji Uzor Kalu. 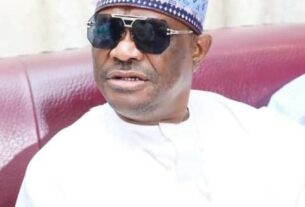