Some legal practitioners in the country have asked the National Executive Committee of the Nigerian Bar Association (NBA) to cancel the Annual General Conference (AGC) scheduled to hold in Port harcourt on Friday 21st to Thursday, 27th August 2020, if they cannot have another venue for the conference.

This is primarily due to what they term “the impunity of the Rivers State Government in the enforcement of the COVID-19 regulations in the State.”

The association had in its 2020 NEC meeting of the association on Thursday, 12th March, 2020 approved Port Harcourt as the venue for the 2020 NBA Annual General Conference (NBA-AGC).

The Publicity Secretary of the NBA Benin Branch, Douglas Ogbankwa Esq. in a statement said he and his associates will be  boycotting the NBA AGC in Port Harcourt. He also called on legal practitioners nationwide to boycott the event.

Douglas Esq. in the  Statement equally said that “I will not give an official imprimatur to an impunity like the callous demolition of a Hotel of a tax paying citizen of Rivers State and other executive recklessness without recourse to the judicial process. He noted that they cannot gather where the state governor, who is a member has a total disrespect for the rule of law.

Another member of the NBA who is based in Port Harcourt, Naabulobari Naazigha-Lue has also called on the NBA-NEC to move the conference from Port Harcourt, as the leadership of the present government in Rivers State does not “PROMOTE THE RULE OF LAW”. 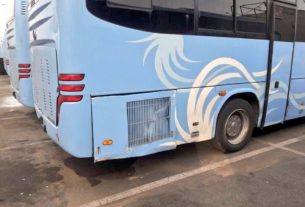 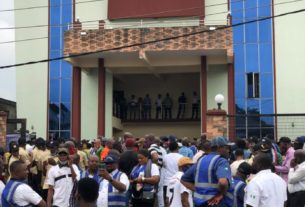