Obinwanne Okeke popularly known as Invictus Obi, Forbes-celebrated Nigerian businessman earlier arrested for fraud, has pleaded guilty to $11 million (N4.2 billion) fraud and is set to be sentenced on October 22. He risks up to 20 years in prison if found guilty, according to reports

Okeke, the founder of Invictus Group who has a degree in International Studies and Forensic Criminology, admitted to American prosecutors that he was involved in computer-based fraud between 2015 and 2019 .

He and other accomplices were alleged to have defrauded American businesses, huge sums of money in an investigation led by the Federal Bureau of Investigation. He was arrested few months ago.

Spokesperson for the United States District Court for Eastern District of Virginia, Joshua Stueve revealed that the suspect could spend 20 years in jail if found guilty. American judge, Robert Krask certified the guilty plea on Thursday.

Okeke was named on the Forbes Africa’s 30 Under 30 For 2016 and was featured on the magazine’s June 2016 cover . A year later , CNBCA named Okeke as a finalist for Young Business Leader of the Year (West Africa}.

Terry Waya says Erica has refused to take his calls 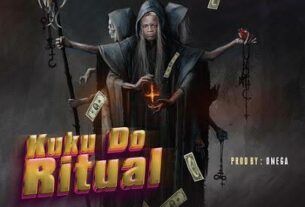 Erica says see a psychiatrist before going for BBNaija