The Fulton County Medical Examiner’s Office has announced that Rayshard Brooks, a Black man who was shot dead, by a white Cop yesterday, Sunday at Wendy’s restaurant died from organ damage and blood loss from two gunshot wounds.

In a statement released yesterday, it was revealed that an autopsy was carried out on Brooks on Sunday, by an investigator for the medical examiner. It was equally revealed that prosecutors are now investigating the case as homicide.

Officer Garrett Rolfe who shot  Rayshard Brooks twice at his back has so far been fired while his colleague ,Devin Brosnan has been placed on administrative leave.

The death of Brooks has since  sparked  protests in some cities, coupled with that of George Floyd, an African American who was gruesomely murdered by a white Police man few weeks ago. 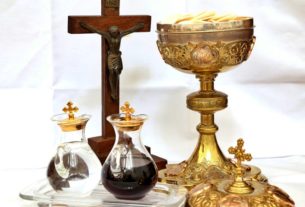 Sanwo-Olu Reacts To “Mummy Calm Down” Video, Wants To Meet With The Little Boy