Human Rights Lawyer and Senior Advocate of Nigeria, Femi Falana has described Gov. Wike as an embarrassment to the body of benchers. The SAN was reacting to the recent actions of the governor on the enforcement of his directives imposed in Obio Akpor and PHALGA respectively.

Falana in an interview with Daily Post, said Wike needs to be sanctioned by the Nigeria Bar Association for such unconstitutional acts. He noted that the governor should not be allowed to continue violating the 1999 constitution.

Falana said, the governor being a senior lawyer should know better than engage in executive rascality. He noted that the executive order is an administrative instrument with guidelines and not a law.

The SAN hopes that the Governor will be advised to reverse his decisions, restore damaged properties and apologise to the people of Rivers State. “Any offender regardless of the crime committed should be charged before a Court and tried in line with the Law.” he asserted. 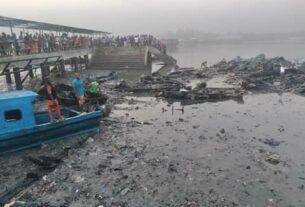 Tribe/Religion: “Three of The Five Persons That killed Chima Are Igbos” – RIVCSO Boss