The League Management in a statement released today said clubs are now able to train as a group and engage in tackling while minimising any unnecessary close contact.

The management confirmed that of the over over 1744 players and staff tested, only 8 persons tested positive. The small number of positive cases has raised hopes of a possible return of the most watched football league in the world, the statement read. The decision which has thrown so many football lovers into frenzy, has equally been criticized by some, stating that it is still very early to restart, as COVID-19 is still biting hard.

However, several players like Watford’s captain, Troy Deeney and Chelsea’s midfielder, Ngolo Kante have exempted themselves from the decision and will not be taking part in the phase one training procedures. According to reports, Kante who showed little symptoms of illness has been allowed by his club to train at home.

Meanwhile, Liverpool captain, Jordan Henderson has said that playing at an empty stadium and winning the Premier League title with no fans present would be “pretty strange”. Liverpool lead their rivals, second placed Manchester City with 25 points and are clear favourites to lift the converted trophy for the first time in 3 decades. The league was halted few weeks ago, due to the outbreak of COVID-19. 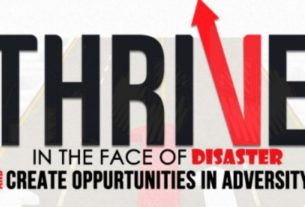 THRIVE 1.0: A Lesson on Re-engineering Problems to Opportunities