The owner of the demolished Prodest hotel, Promise Gogorobari has written to the NCDC, to evacuate manager of the hotel, Job Bariledum from the state isolation centre.

He said the manager should be taken to the commission’s isolation centre in Lagos or Abuja for confirmatory test and treatment if necessary.

The manager who made the call in a statement today reiterated that he does not believe the COVID-19 status of the manager as it was manipulated by the government.

The manager who was arrested for flouting the government’s directive on hotel closure, had tested positive to the virus according to the state government.

Promise said the way and manner the manager was publicly declared positive without his consent and his trial at the court without his lawyer is suspicious.

Gogorobari who had earlier raised an alarm over an alleged plot by the government to infect the manager with the virus, called on the NCDC to equally trace and test all those who were involved in the arrest, isolation and prosecution of the manager. He said the essence of the tests is to ascertain their COVID-19 status, which he believes will further expose the evil plot of the state government. 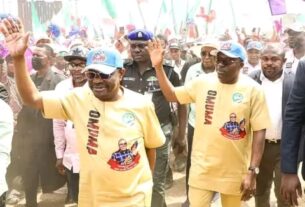