A magistrate court sitting in Port Harcourt has granted bail to over 100 persons arrested by the police on Wednesday March 31, 2020.

The suspects were arrested for disobeying the curfew imposed by the state government, on some areas of Port Harcourt.

The Public Relations Officer of the state police command, Nnamdi Omoni, had yesterday told news correspondents that the suspects had been charged to court, in accordance with the laws of the land.

According to reports, after much interrogation in court, some of the suspects who pleaded not guilty were granted bail in the sum of N100,000 each, while those who pleaded guilty paid 10,000 each.

Criticisms have trailed the actions of the police, as many believe that the suspects ought not to have been arrested in the first place due to the confusion surrounding the governor’s directive.

The governor in his words declared a “dusk to dawn curfew” on Monday, with effect from Tuesday 6:00pm, during a live broadcast. According to Wikipedia, dusk to dawn is “the restriction of both human and vehicular movements from sunset to sunrise.”

At the break of dawn on Wednesday, residents of the city went about their normal businesses, thinking that the curfew had elapsed, but to the surprise of many, over 100 persons were arrested for flouting the directive.

It was later clarified by the Hon. Commissioner of Information, that it was a 24hr curfew. For this, some analysts have suggested that the lack of clarity in the state government’s directive should be sufficient grounds for the discharge and acquittal of arrested persons.

The Rivers State Governor, Nyesom Wike had in a live broadcast yesterday, lifted the said restriction imposed on parts of the state.  Citizens living in the Mile One, Agip Junction, Ikwerre Road, Obiri Ikwerre, Ozuoba, Rumualogu and Choba areas are no longer subject to a 24-hour curfew. 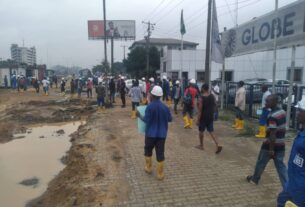 Rivers: Gov. Wike Did Not Pick Me As PDP Guber Candidate – Sim Fubara 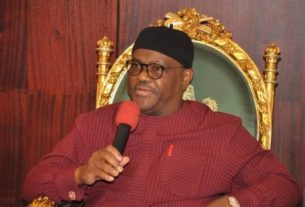 PDP is Suffering From Malaria But… – Wike