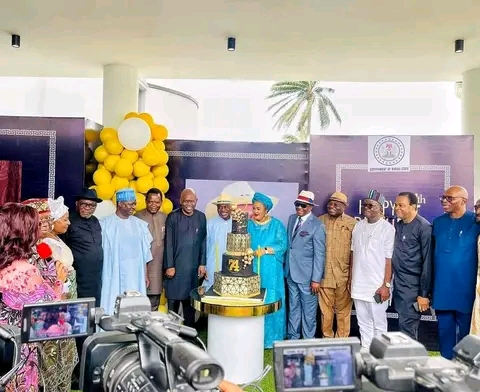 The house which was the venue for the celebration of Odili’s 74th birthday yesterday, was donated to him during a reception by the state government to honor him.

Wike, described Dr. Peter Odili as a true leader of men who groomed many, and supported a lot of persons to political limelight particularly in Rivers State and across the country.

“There was a time every political class abandoned Dr. Odili. This is a man who gave us everything. Some people called him Mr. Donatus. There was no abuse he did not get. Everybody he tried to help their families, at the end of the day, all betrayed him,” he said.

“For us, we have used him as a school and we thank him for making himself available for us to use him to learn so that we won’t be shocked of whatever that is going to happened,” he added.

Gov. Wike expressed delight for the opportunity to have known Dr. Odili and being able to celebrate him.  He pointed to the several support and the gains from the political tutelage under Dr. Odili that had made him accomplish his political successes.

He reiterated that Odili’s benevolence made it possible for an Ikwerre sons to emerge governors of Rivers State.

The celebrant, Dr. Peter Odili in his response said, himself and his wife, Hon. Justice Mary Odili (retired) were overwhelmed by the birthday gift courtesy of the State government.

Rivers APC: Loyalists Of Abe Accuses Him Of Plotting To Destabilize The Party 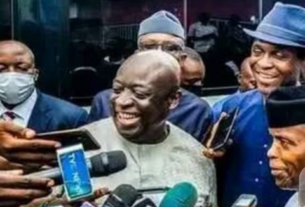