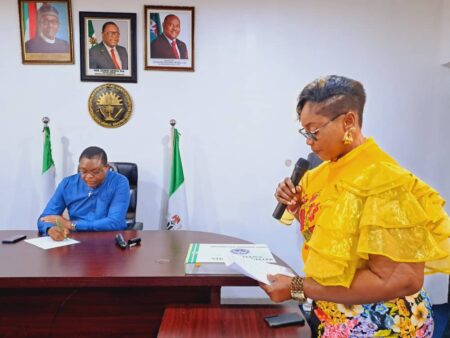 Chairman of Obio/Akpor Local Government Council, Barr George Ariolu has called for a paradigm shift and improved reforms in the education sector to enable discipline amongst academic staff as well as enhance learning activities in the area.

He said those whose positions are to render services must show diligence in the discharge of their duties in order to add immense value to the society.

Ariolu stated this on Tuesday, while addressing members of the Rivers State Senior Secondary School Board, Obio/Akpor Zone, at the Council Headquarters, Rumuodomaya.

He stressed that any service rendered which is not value-oriented does not depict governance, adding that leaders must first be of service to God before humanity.

Acknowledging the challenges in the education sector, Ariolu explained that his primary concern is the curriculum system which if not designed in line with the dynamics of the country may not be sustained.

Addressing the concerns around the challenges in the sector, Ariolu highlighted the role of board members in also tackling the issues.

While advocating the cooperation of zonal board members for the advancement of education in the area, the Chairman pointed that his administration has paid requisite attention to education through the award of grants to deserving Post Graduate students drawn from different religious and tribal background amidst party affiliation.

Emphasizing the importance of education in line with his administration’s vision, he also revealed that the Council is training 9 of its ward, including non-indigene in Charkin Maritime Academy, a feat which cost his administration a whopping sum of over #4.2M to train one person.

Ariolu re-echoing continuous support for the promotion of education in the area, disclosed the commencement of application for the second batch of the Post Graduate grant for students who seek to further their academic pursuit.

He reaffirmed his administration’s resolve in ensuring things run smoothly in the area. He stated that people need to know their rights and defend it.

He blamed poor performance of leaders in authority on the failure of electorates to question their actions, especially when they are not carrying out their duties in line with the requirements of the constitution.

Responding to the demands of the board members, Ariolu maintained that efficiency of workers is largely affected by the nature of work environment, adding that the Council will intervene where necessary due to the paucity of funds.

He however promised to provide a larger office space to accomodate the over 60 staff strength of the board in the area.

Speaking ealier, Zonal Director of the Board, Mrs Esther Owhor Chukwu called for an improved partnership with the Local Government to tackle issues and challenges of the sector and to enhance academic activities in the area.

She also lauded Ariolu’s efforts in the development and growth of education in the area, particularly in human capital development.

Also speaking, a former Caretaker Committee Chairman and member of the board, Dr Mesua Wilson Nwibari, described Ariolu as a people-oriented Chairman, who has continued to put his people first through his show of capacity in the education sector.

He further eulogized the Council Chairman as a man with vast knowledge to lead, considering the metropolitan nature of the Local Government. 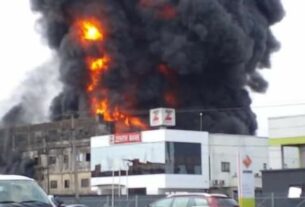 RSG Set Up Panel To Investigate Cause of Fire Incidents

Suspension of Chairmen: APC To Take Legal Actions Against Wike 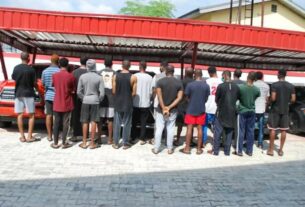