Air Operators of Nigeria (AON) has threatened to suspend all flight operations to Rivers State for three months. This is, if the Governor fails to release the Caverton Helicopters’ pilots arrested in the state.

The Chairman of the AON, Captain Nogie Megisson, on Wednesday April 8, 2020 said, the arrest of the pilots is unlawful. This is because the aviation sector is on the exclusive list of the federal government and no state government has the right to interfere. Megisson also stated that the airline got the approval of the Ministry of Aviation and other relevant agencies to operate across the nation.

He, therefore, called on Governor Nyesom Wike to ensure the release of the arrested pilots within 24hrs, failure of which, all commercial and private flights into the state will be suspended.

The Minister of Aviation Hadi Sirika had earlier assured that the federal government will do everything within its powers, to ensure the release of the pilots 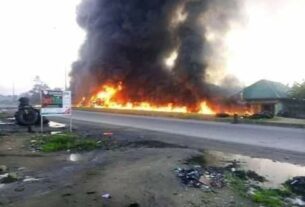