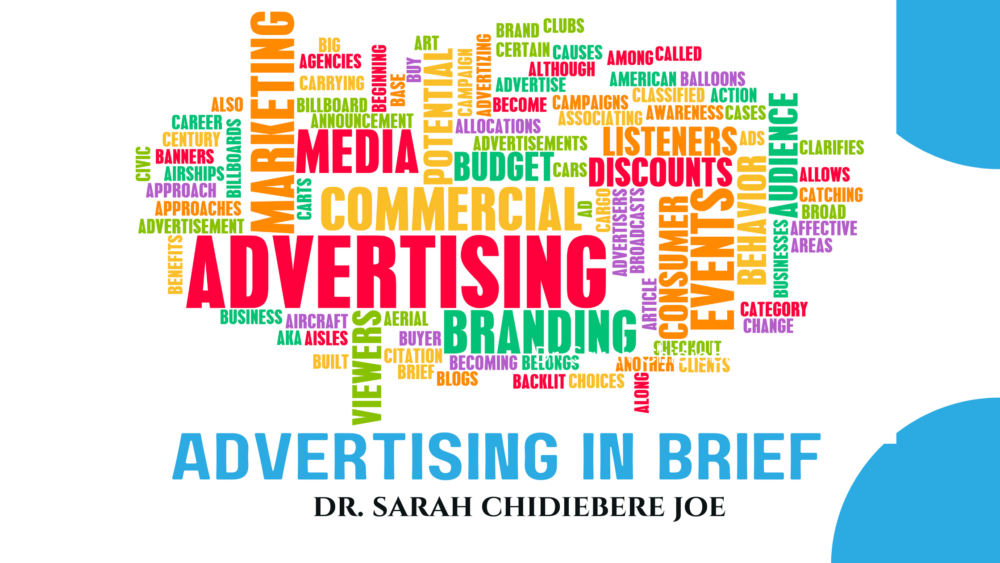 Advertising is one of many marketing communications tools used by organisations to initiate and maintain contact with their customers and prospects. Arens (2009) defines Marketing as “the process of planning and executing the conception, pricing, distribution, and promotion of ideas, goods, and services to create exchanges that satisfy the perceived needs, wants, and objectives of individuals and organisations” (p. 13).

People view Advertising differently. Journalists consider it a communication, public relations, or persuasion process; business owners think of it as a marketing process; economists and sociologists weigh advertising in terms of its economic, societal, or ethical implications, while consumers define advertising as an irritant.

However, at a functional level, Williams F. Arens in his book, Contemporary Advertising, defines it as “the structured and composed non-personal communication of information, usually paid for and usually persuasive in nature, about products (goods, services, and ideas) by identified sponsors through various media” (p. 7).

Advertising is a type of communication, which employs both verbal and non-verbal elements designed by an identified sponsor with an aim of persuading or converting consumers to buy a good, subscribe to a service, or adopt an idea. Sponsors engage Traditional Media platforms like Radio, Television, Billboard, Newspapers, Magazines, and/or Books; Addressable Media like direct mail; Interactive Media (the Internet); and/or Nontraditional Media such as concerts, skate parks, hot air balloons, stadium scoreboards, trolleys, and carts to persuade consumers.

Advertising can be understood to some extent by thinking about the human communication process as shown in the figure below. The Source Encodes and sends a Message to a Receiver who Decodes and may have to provide Feedback to the original Sender. During this process, different types of Noise (semantic, environmental, physiological, etc.) may occur.

The above can be compared to the advertising process. However, in the case of advertising, the Sender that is the Sponsor of the advert, may not necessarily be the originator of the message as they mostly rely on agencies (copywriters and art directors) to create the messages about their good, service, or idea. The agency is, therefore, the Author. The message itself may be read or demonstrated by another person. For instance, an actress or a voiceover artiste, who then is the Persona behind the ad message. The Message of advertising is also quite complex, unlike basic human communication. Advertising messages are often presented in any of these three formats.

The Receiver in the context of advertising is also multi-dimensional. There are Implied or Imagined Consumers, that is, those addressed by the Persona of the ad; Sponsorial Consumers, that is, decision-makers in the sponsor’s organisation who will decide whether the ad meets the requirement and therefore, worth funding; and lastly, the Actual Consumers.

The Feedback component in advertising comes in the form of an increase in sales, phone-ins for further inquiry, visits to stores, etc.

Some of the biggest concerns people have about advertising are centered on ethical issues such as Deception, Misrepresentation, False Advertising, Exaggerated Promises, and Unfair Comparisons. Click the below to see examples of advertising scandals by big brands. The Red Bull example is particularly interesting.

Advertising can be classified in different ways. The decision on the type of advertising to apply is shaped by the marketing goal of the organization. 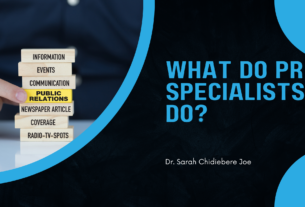 What Do Public Relations Specialists Do? 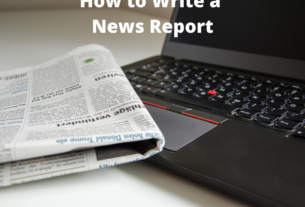 How to Write a News Report – Part 2 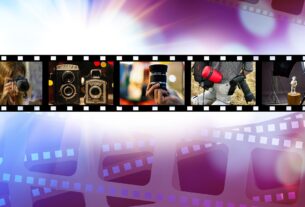 The Human Resources of Film Production I

4 thoughts on “Advertising – A Brief Introduction”