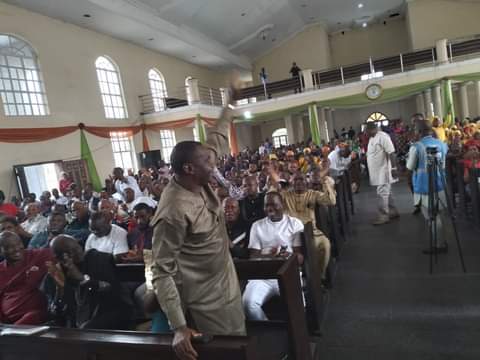 Governorship candidate of the Social Democratic Party, SDP, in Rivers State, Sen. Magnus Abe has urged Rivers people to pray for a peaceful election in the state.

The former Federal lawmaker made this known during a Thanksgiving service at his hometown, Bera in Gokana Local Governmenent Area on Sunday.

According to him, Rivers people must not just pray, but work for a peaceful election.

We must be peaceful in our conduct before, during and after the elections”.

Do not harass anybody. Everybody has a right to support whoever they want to support”. Every political party must be given space, when it is time, when the campaigns start, to campaign for candidates of their choice”.

Nigerian democracy has come of age. It is no longer the carry-go democracy of yesteryears”.

“Now, the people of this country want to exercise their right to choose leaders of their choice”.

“They cannot do so except we create an atmosphere in which ideas can freely flourish”.

“I am a man of ideas. I will bring up better ideas that will convince the electorate that going with us in our vehicle will lead them to a better place”.

“And that is what I expect that every other aspirant, candidate, political party should do”.

“We want to see a state where our young people will have jobs, where there will be light for all and those who want to do business, where our schools will function effectively in such a manner that our children will actually learn something from the schools”.

“We want to see a state where our roads will be motorable, where our businessmen and women can make money and where people will be happy and prosperous”.

“if you want Rivers people to be happy, even your campaign will make them happy. That is the kind of thing that I expect that we should all do”. 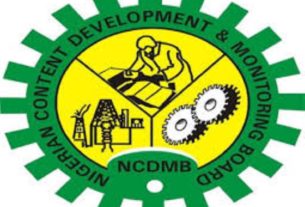 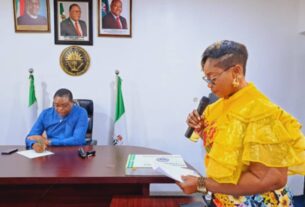 ARIOLU CALLS FOR DILIGENCE, VALUE-ORIENTED SERVICE AMONGST SCHOOL BOARD